HomeCultureAn Unknown Adventure : Just over the next musical horizon
Culture

An Unknown Adventure : Just over the next musical horizon 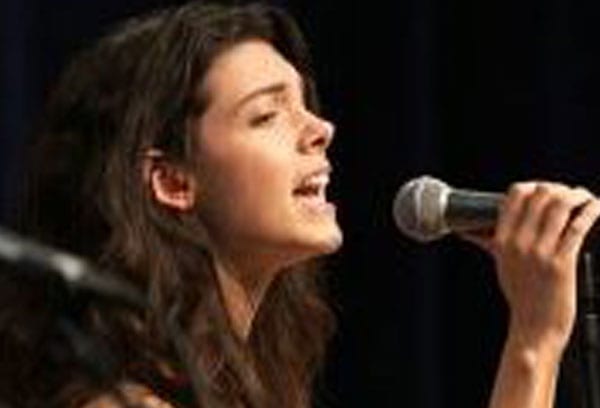 The Scarlet Furies. The rootsy romance of American southern gothic angels and demons, wrapped in a seductive veil of rich harmonies and anything with strings. This folk/Americana band has been around for five years and  they have earned themselves a sizable following playing with folks like Leon Russell, The Subdudes, and Peter Asher, and gotten rave reviews for their first CD “Dark Clad Company”, produced by longtime Paul McCartney guitarist Rusty Anderson, and mastered by Gavin Lurssen (T Bone Burnett).

The band is of course noted by  beautiful young singer, songwriter Raleigh Holmes  who leads up the vocals and her voice has entranced many people. However, while she still very much enjoys playing with the band she has decided recently to pursue a solo career. She sees this as a new life chapter and a new path to unknown adventure.

According to Raleigh, this is more of a “second musical project”. Both she and her fellow bandmates have fond memories of playing for fans and with each other. Even though she’s decided to go solo this also doesn’t mean that we have heard the last of the musical stylings of The Scarlet Furies.

“The Furies have brought so many gifts into my life. I am so grateful to have had the chance to create and perform meaningful music alongside my father and some of the best folks I’ve had the pleasure of knowing. It has been an honor and an incredible learning experience.”

“The heyday of The Furies was a beautiful 5 year moment of friends being brothers, supporting the voice of an angel in harmony and spirit. I have never sang with better voices or played with better players. We had a ball, and I’m pretty certain we’re not quite done yet:)”

“I grew up with Raleigh’s dad, Robert. He and I literally started playing music together when we were 10 years old. It’s always been a thrill and a blessing playing music with that guy. Years passed and we drifted apart during the time when Raleigh was born. After we reconnected, he would say, ‘My daughter, Raleigh has a great voice’. I remember thinking to myself, ‘sure Bob, everybody thinks their kid is a great singer’. Years past and, in 2010, I was given the opportunity to be the drummer for The Scarlet Furies. Well, Robert was right. She knocked my socks off with, not only her ability to hit the notes, but she could dig deep into a song to tell the story. She inspires me every time we’ve performed together.”

“Raleigh has the greatest natural voice. So many people have to work really hard and practice a lot to be a good singer. Not Raleigh, she has a gift that needed very little training. It was a privilege to work with a band that sounded good without any microphones or electronics. All we needed was a good room with nice acoustics.”