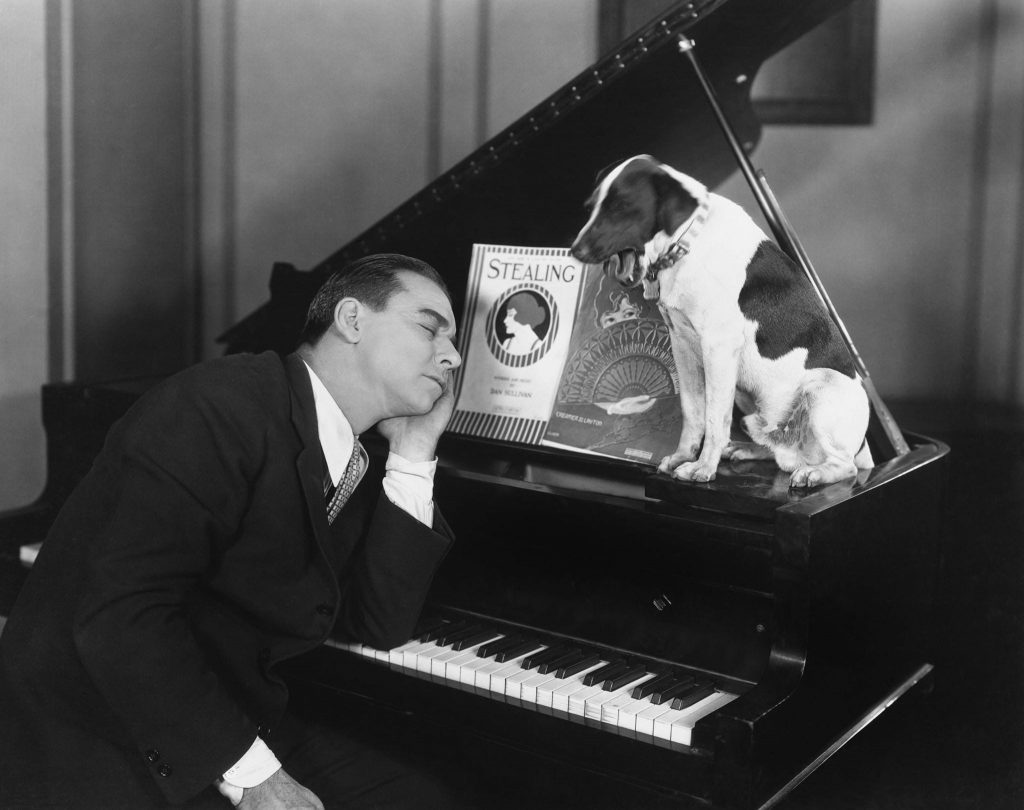 Hi there folks, today we have the long awaited full track-by-track review of Robert Holmes and Roger Hooper’s magical collaboration that is indeed a refrain, but anything but simple. Since this review is quite extensive and in-depth, Rudy from Sierra Chest will help out and he will be discussing the “Sierra” tracks on the album. Whereas myself, being a fan of Gray Matter and on the development team for Moebius: Empire Rising, will cover those tracks respectively. Without further delay, let us dive right into the world and mind of Robert Holmes.

Grandma Knight: I like this tune very much in the original Gabriel Knight 1. It gives a sense of warmth and love, both of Grandma Knight herself and the love Gabriel has for her, being raised by her. At the same time it also gives a feeling of nostalgic sadness, possibly by the fact that the Knight family has suffered so much tragedy in the past. The best part of the song is the moment where this feeling of sadness is contradicted at the interlude about halfway into the song, offering contrast to the rest of the tune and giving a sentiment of hope. Great composition overall. The 20th Anniversary remake song is quite similar, with the main difference being that acoustic guitar chords accompany the piano. The Simple Refrain song sounds even sadder, probably because it is on solo piano, but also that contradicting interlude isn’t as present as it is in the game version.

Branden:
I love the Simple Refrain version of this track the best because it is so deep and raw. Putting the game to one side, you can certainly feel the pain behind each keystroke. I believe there is some inner pain that comes out in this piece which Roger understands and translates beautifully, and having the track be solo piano as Rudy said makes it all the more powerful.

Rudy:
GK3 Main Theme: As far as I’m concerned, the GK3 Main theme sounds like a song that could have been composed by Vangelis – synthesizer with lead piano. It is also quite repetitive after some minutes into the song to be honest, and doesn’t quite have the same emotional feeling that the other Gabriel Knight themes deliver. The Simple Refrain version, on the other hand, really brings out the beauty of this song, cutting out all the synthesizer stuff, starting slowly, gradually building up all the way to an explosive finale where I could not help but wonder how many extra hands Roger Hooper has to play it on solo piano.

Branden:
I actually somewhat agree with Rudy in regards to this track being over-synthesized originally, and the Simple Refrain version does indeed bring out the song more. I think both versions convey the same message, and for me that message builds upon the Grandma Knight track. It moves from a sense of inner pain and sadness, to a sort of uneasy renewed hope that feels bittersweet, as if to say, “Where will these crossroads lead me? What is my next journey?” It feels much like a “Dust in the Wind“ type of track. I should also note that as a main theme, it was meant to have cinematic and Hollywood style flare, along with repetition and intensity. But with that need gone and the piece now in its purest form on a Simple Refrain, its already present deep emotions are brought to the forefront.

David’s theme is a piece that, much like Robert’s early work, deals with sadness. This track, however, feels darker, more mature, more haunting. It is simplistic, but in its simplistic nature I feel a deep sense of longing and waiting for something that never comes. Like searching for that one missing piece, or leaving the light on and sitting by the phone for that loved one who never comes home. In its simplicity, it weaves a complex wave of emotions that will leave you with tears as it slowly fades, and that final note rings. The piano version has a much more intense and darker tone than the version on the OST, but this is really hard to compare, because unlike the prior tracks in this review it’s one of the few tracks on this album that has vocals in the original.

To purchase any if the songs featured in this   review series  please visit https://asimplerefrain.com/purchase