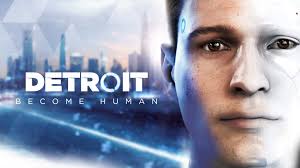 I’ve seen and even played the E3 demos but playing the pre-release demo of Detroit: Become Human at home is completely different experience: more intimate, more cognitive, and (what should be) more polished.

I’ve been enamored with this upcoming game from Quantic Dream ever since I watched the tech demo Kara (now included as a bonus in Beyond: Two Souls). The birth of life in an android as she was put together and the initial coldness but later compassion of the operator was just haunting, and I wanted to know what happened to Kara after she left that place of her birth shipped out alongside a line of her boxed brethren.

A couple of years later, my wish was granted with the announcement of Detroit: Become Human, where Kara would be one of three main characters in the story. What was disappointing at first was that Quantic Dream decided to focus their marketing and previews more on the other two characters first. It would be another two years or so before I get more than the rainy image of Kara that I saw in the teaser. (Kara’s Detroit preview ended up boiled in some controversy itself.)

Instead, one of the first developer-presented demos I saw was the negotiation scene with Connor, where he tries to talk an android off a building ledge to save a little girl. In the demo, I saw Connor shoot the android to save the girl, but we the audience were told there were multiple possible endings to the scenario shown.

I got to try that out firsthand with the pre-release PS4 demo downloadable from the Playstation Store a couple of weeks ago.

What first struck me was the presentation of the main menu. Not that shifting stills of cutscenes were revolutionary, but the choice of images combined with the music created quite the atmosphere, like I was on the edge of a diving board looking down into the pool.

When I actually dived in, I was treated to a fairly normal elevator interior but with my character Connor adjusting his suit and me seeing his tag and dot that identified him as an android. One of my first possible choices as I walked out was to decide whether to save a fish I found on the floor. I chose to save it and at my controller gesture Connor gently picks it up and slips it back into the shattered aquarium’s remaining water.

The anguished mother yelling why the police didn’t send a real human as a negotiator was poignantly cruel. I sympathize with the mother, but knowing what androids like Kara are capable of emotionally, I can’t agree with her prejudice. Connor’s face stayed void of expression, though, as I walked him to the leader of the SWAT team.

After being dismissively briefed of the situation, I led Connor around the apartment, looking at various pieces of furniture… and bodies. The downed officer had a few points of inspection, one of which I could call up a holographic wireframe mockup of what went down right before his death. Through that, I gained new information that the gun the officer wielded had flew across the kitchen under the table. Picking up the gun brought out the bulletpoint (no pun intended) that I could keep the gun but doing so would be in violation of android law that no android is allowed a weapon. I decided to drop the gun to avoid questions from the SWAT team.

Similarly, I was able to trace the father’s purchase of a new android and subsequently being shot and where the deviant android got the gun in the first place.

The girl’s room held the most sympathetic evidence to the deviant android’s plight. The girl’s tablet had a video showing the girl hugging the android she calls Daniel and saying how they’re best friends and will be together forever.

Throughout my investigation, the SWAT team had been trying to handle the situation themselves and pointedly being shot down, literally, at each attempt. Consequently, I would eventually run out of time and be forced to walk out on the deck to confront Daniel.

The deck of the apartment had a helicopter hovering above, creating blasts of wind. The rippling pool beneath held an officer body. Another wounded officer lay sprawled on the left (which I later learned I could help tourniquet him to stop his bleeding, if so inclined).

I first called out to Daniel by name which evoked a startled response but I quickly followed up with sympathy to his situation and called off the helicopter at Daniel’s request. Each action I did affected the percentage of a success counter that floated next to Daniel. I eventually got close enough and high enough in percentage to choose a final action.

I chose to Sacrifice Connor and had him push the android off the building, then turn around hugging the girl tight as the android fired rounds in response to this betrayal of trust. The rounds went into Connor’s back and blue blood came out of the bulletholes and Connor’s mouth, highlighting his blank stare. The little girl stared at Connor and then screamed. The head officer looked down and just shook his head and life went on to stirring music indicating the end of the scenario.

A summary then appeared. In a first for Quantic Dream’s games, all possible paths are mapped out and viewable after the scenario, so I could see my choices and the places where I could have chosen differently. Only ones I chose were unlocked fully to view but that only made me more curious what the other paths were and how I could unlock them on my map.

I ended up replaying from the second half and actually talked the android down this time without killing Connor. The android said “You lied.” since I had chosen to say no harm would come to him. That slo-mo was cliched perhaps but very effective. I felt a pang as I saw Daniel fall to his death. And yes, I do believe androids can die. Though that is partly my own affectation in believing life exists in many things, it is also testament to Quantic Dream’s storytelling that I can feel that pang at that instance.

Playing this demo, I could feel the world as I explored it. I loved peeling away the layers of information, revealing the story beneath the tragic scene. I loved making the choices to see what would become of the characters involved in the scenario. The UI and controls seem even more intuitive than previous games and the analyze and rewind mechanic for rebuilding a scene is quite fun.

Now that it’s released as of Friday May 25, I’m looking forward to playing the full game today!

Now if only they would have changed that stupid box cover! ;p 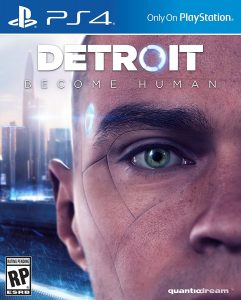 After all, Kara began this story… 😉 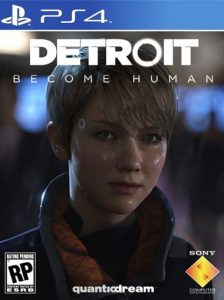 You can buy the full game digitally here, where the demo is still available as well.

Or you can watch a playthrough of the scenario here.

Life Is Strange – Why My Choice