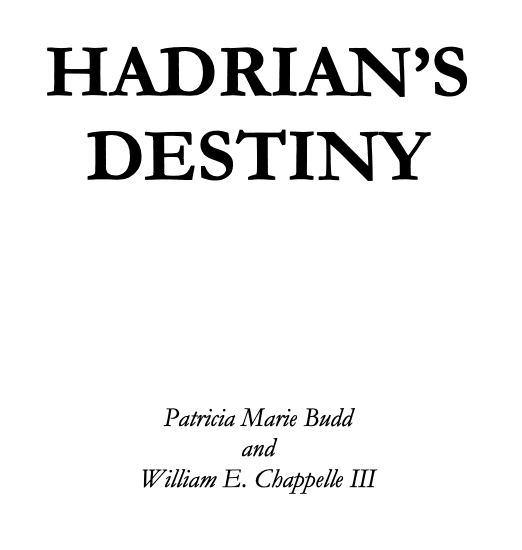 Before the inauguration of their new country, the Five founding family members attended a series of meetings held over five years. Each session put the CEO of one corporation or another bidding for rights to operate within Hadrian’s borders. More often, or not, this meant putting one or more of the founding five’s family members in the spotlight as they discussed key areas of infrastructure and politics: everything from Hadrian’s Military to environmental concerns. This often caused political strain amongst the Five, but today’s meeting is far more relaxed as, for the first time, they are meeting with a business tycoon who is not related to any of them. Today’s meeting is with old Canada’s (and more recently the new country Newf Coast’s) recycling magnate Gerard Hunter.
Standing before the Founding Five, Gerard Hunter feels the need to remind himself that these people are not gods, just regular human beings. Yet, not ordinary. One cannot deny their power and influence. Each was a multi-billionaire who had chosen to invest their wealth in the formation of a new country, a country designed to allow members of the LGBTQ community to flourish, to live as equals amongst their own, to never again suffer the humiliating and debilitating abuses of bigotry that no amount of positive changes in laws around the globe could eradicate. These people, the founding five and all the members of their families, may not be omniscient, but they were the closest things to gods in the minds of Hadrian’s first citizens. That all Five sit semi-circle around a table shaped like the country of Hadrian, only adds to the illusion of divinity. Being in their presence, having all Five pairs of eyes boring into him had the recycling entrepreneur nervous. This was not a natural state for Gerard Hunter, and he struggled inside to maintain that essential calm demeanour necessary when making a pitch.

Clearing his throat, he begins. “How do we make use of something already destroyed?” Opening with this question sparks interest in the eyes of the Five. “This is the challenge facing all the citizens of our new country.” Sensing their intrigue, Gerard abandons all vestiges of insecurity and launches full force into his presentation. “Let me explain by giving an example from our past. We all remember the history stories of the fatal meltdown of the nuclear power plant in Chernobyl. Over a thousand hectares of land was deemed uninhabitable, a virtual wasteland rendered useless for centuries to come. And yet, that wasteland did not remain ”wasted”. Ukraine solar energy developers successfully convinced the Ukrainian government to allow them the right to build solar panel fields over much of the highly contaminated and idle land. That same area contaminated by man’s folly was effectively turned into good use for the betterment of humanity.”

Seeing consternation beginning to appear in the eyes of Iskander Nasser and Symon Birtwistle, Gerard realizes that he would have to connect the dots for them. “Fortunately for the first citizens of Hadrian, there are no nuclear wastelands in our new abode.” Looking down at the table designed as a map of what used to be northern Manitoba of the old Canada, Gerard determines to use it as a visual in his presentation. “But that doesn’t mean that there aren’t other wastes for us to work with.” Waving his hand over the western portion of the table, Gerard explains “One cursory glance at Hudson Bay, our largest inland body of water,” pointing to the ”west” beyond the table he adds, “albeit to be shared with what remains of old Canada, clearly indicates a vast wealth of waste just waiting to be fished out of its waters for our industries to reuse.” Opening his briefcase, he begins to place samples of reusable litter (plastics, tin, glass, fishing line) he has fished out of the waters of the Atlantic Ocean. His family had been running a recycling business out of Nova Scotia when they learned of the formation of a new country. Gerard knew he could strike it rich in a country whose central mission was to reclaim the planet. Reaching into his bag, he retrieves a piece of plastic waste. “Plastics ~ tin ~ glass ~ fishing line ~ these are but four useful materials we will find the waters of Hudson Bay.” Smiling, sensing their intrigue Gerard offers up his company’s mission statement. “Hunter Fisheries is dedicated to fishing the Bay for all such reusable waste, materials our country can use for building and manufacturing cutting down on the need to find these resources inside Mother Earth.” Retrieving now the plans for his plastic recycling plant, he explains how, as plastic is the largest of all his harvests, this plant is critical, so this hazzardous resource can be reshaped and reused. “You will note,” he adds, “that although there are some energy needs, we have kept these to a minimum. The majority of work is done using an expanded version of the Precious Plastics Systems, a resource we will also share with Hadrian’s Citizens. Our company honours the tradition of the original Precious Plastics by following their lead and providing free blueprints for home use. We will work in partnership with Hadrian’s Citizens so they too can recycle plastics in their own home.”

Destiny Stuttgart smiles, “I like this.” In fact, all Five were smiling. Gerard knew this last point had won him points. A slight worry begins to itch between his shoulder blades, though as he notices, Destiny Stuttgart’s smile begins to wane, “But plastics won’t be the only waste product you retrieve from the Bay.”

“No,” Gerard responds cheerfully, having expected such a query he retrieves pieces of tin, glass and fishing line from his bag and places them on the table next to the plastic. “We will also be retrieving other useful materials such as these to recycle for reuse in Hadrian.”

Destiny does not appear appeased. “But what about the dangers of such work? What about toxic waste? No doubt your, what do you call them? Your fishermen…?”

“Detritus Fishermen. Men who fish the waters for waste.”

“Yes, your Detritus Fishermen. How will you protect them from the toxins they are inevitably going to encounter?” Her eyes darken as her forehead furrows. “Such is not so much an ‘if’ as it is a ‘when.'”

“Good question,” Ester Styles adds. “I’d also like to know how you will dispose of these toxins.”

“As would I.” Abarrane Rieznokoff, usually the quiet one, her response causes the other four to turn her way and nod. The other For look her way. Gerad senses Abarrane is intrigued. Her vote of confidence might just be the edge he needs to convince the others his company is worth their country’s credits. “Any toxins you fish out of our waters,” she insists, “cannot be tossed back in. You would have to assure us that those wastes would be disposed of without causing further damage to the environment.”

Gerard smiles. He can address this issue; the problem of how to protect his workers has yet to be effectively dealt with. Hopefully, the Founding Five will forget about Destiny Stuttgart’s question in his detailed explanation about lead-lined storage bins and such. Fortunately for Gerard, the issue of employee safety is forgotten, and this time it is Symon Birtwistle who brings up the topic of credits. “So, what do you need to get your business up and running?”
This is it. Gerard feels more than hopeful. “I would like to ask The Hadrian Bank for Reclamation and Reconstruction to consider sponsoring our company, Hunter Fisheries, 300 million in Hadrian credit so we can begin construction of retrieval peers, cleaning houses, sorting bins, storage pens as well as begin hiring the necessary staff to run and operate this business. Hadrian Fisheries is here to help clean the planet and make use of that which are forefathers destroyed, that which they polluted our planet with, to help in the formation and construction of our new country.”

The heads of the Five come together. There is substantial murmuring amongst them until finally, Ester Stiles looks and addresses Gerard Hunter. “300 million is a lot of credit. How much are you bringing with you? Or, are you expecting us to finance everything?”

“Absolutely not,” Gerard reassures them. Passing each a document, “I brought a copy of last year’s profit margin for our recycling company on the coast of Nova Scotia. As you can see, we have just over sixty-five million in equity to work with. Also,” handing out the second document, “we will be bringing all our equipment and storage bins with us when we transfer our business from Nova Scotia to Hadrian.”

“And, if we refuse?” Five pairs of eyes bore deep into Gerard like hot pins.

Gerard sighed. He senses they want him to say he will build here anyway, but he refuses to throw his family into bankruptcy to live in a country that seems too good to be true. Realistically, he reminds himself that Utopias are fantasies. Dystopias, on the other hand, are far too often, very real. “No. I will not. My family is doing well, running our business on the east coast. And, although pollution is everywhere, the cost of moving all our equipment and beginning from scratch would break my financial back. I cannot do that to my family. As much as we admire Hadrian’s focus, as much as we want to be a part of this brave new world, I would have to renege on my citizenship and return with my family back to Nova Scotia.”

Again, to the surprise of all, Abarrane Rieznokoff spoke first. “I am more than willing to invest in your company’s new beginnings in Hadrian, and, if my counterparts are in agreement, I recommend a loan of 200 million credits.” Looking at the others to nod before continuing, “are you prepared to accept our offer?”

His left arm crossed his chest while his right hand pressed against his lips. “250?”

Gerard closes his eyes, his only movement. There is silence; his heart beat pounding in his brain. He nods. “225.”