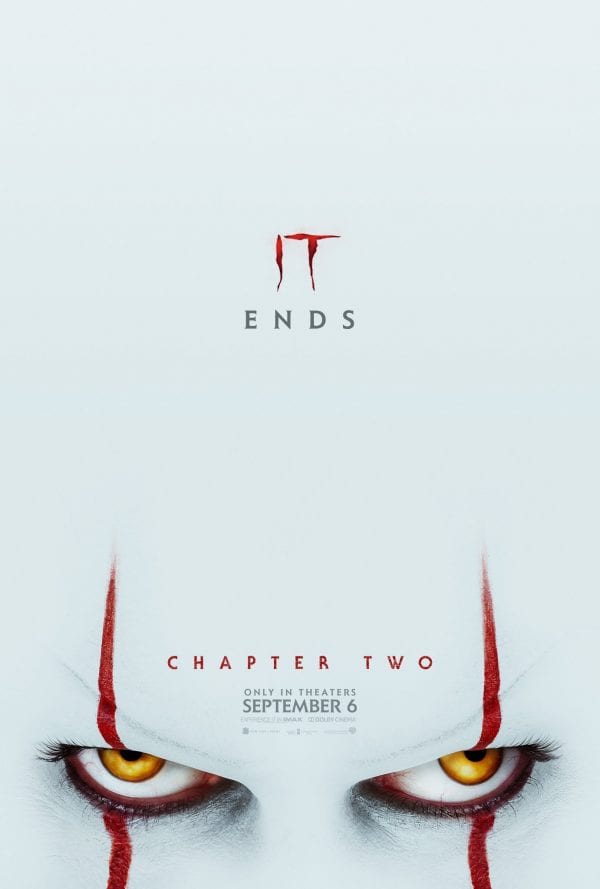 This is review is sponsored by ITL, but it is still, a Totally honest review

IT, a novel, a mini series, two movies, all the same yet unique in their own rights. 2019 saw the conclusion of the movies in IT Chapter 2, an almost 3 hour movie. Was it better than the first movie? To be honest, I’m not sure, it wasn’t worse, it was just different, if not maybe slightly more disturbing, sometimes for its writing. I’ll focus more on the plot this time around as camera, story and CGI are all pretty much the same feel as the first movie so it’d be redundant to evaluate those again.

The movie starts with the Losers back in 1989 making their promise to come back if IT ever does. Why? Because the next scene is in 2016, at a Carnival in Derry, showing a man win a prize, find out he’s there with his boyfriend, are super stereotypical, and for some reason in 2016, there are a group of teens that hate gay people so badly they brutally beat them both up to the point one is coughing up blood, then dump him in the river, which is, you know, murder? Again, this takes place in 2016 in the US, which may not always be the most tolerant place, I have a hard time believing that’s something that would happen, in a movie about a killer clown from outer space. Luckily this is the worst thing about the movie, so we get over it pretty quickly once the half dead guy is eaten by Pennywise in front of his boyfriend.

That is when I consider the movie to actually start, as we see adult Mike, played by Isaiah Mustafa, heading to the river after hearing of the attack over a police scanner. His discovery of a Red balloon has him calling each of the Losers, who have all forgotten about the ever even really living in Derry, and see a bit into their lives as adults. Bill, played by James McAvoy, is a writer, Eddie, played by James Ransome, is in risk assessment, Richie, played by Bill Hader, is in stand up, and Ben, played surprisingly by Jay Ryan, is a pretty boy multimillionaire. The two we don’t see any jobs for, are Bev, played by Jessica Chastain, who has an abusive husband, and Stan, played by Andy Bean, has what I can assume is a normal life. Each has different reactions to the call from Mike, the most drastic is from Stan who kills himself in the tub.

From there it goes how you’d expect, they meet up in Derry, have some drinks, laugh, what have you, the “I won’t do it”, “yes you will” until they all do it anyways, and then Mike drugs Bill to show him the way to kill IT once and for all, the Ritual of Chüd, a battle of wills against the creature, but doesn’t show him that it failed when the native Americans he got the information from were killed when trying to defeat IT. Mike tasks them with finding their tokens, bits of their past from Derry. Their time finding the tokens is kind of enjoyable and shows little flashbacks of when the Losers split up as kids and had another run in with IT, and IT trying to scare them away from their tokens, even him getting visibly upset when Bev finds hers.

As they head to the old house, with an hour left in the movie, we get a short little fight in the house with Stans’ dismembered head, and a mirror. They go down the well, into the sewers, and into the heart of the problem itself, ITs landing site, where it first came to earth and was trapped ever since. They perform the ritual, three orbs of light come from a toothy fleshy butthole in the ceiling of the cave, and just as it seems like they trapped it inside, they think they failed and IT gets the upper hand, remember, this is a battle of wills, and like any good final boss, it’s going to have stages.

We get a clown spider monster for this version of IT, which I think was actually kind of fitting. In a battle of wills, being just a clown or just a spider(even if it’s giant), isn’t as effective as some mutated monster looking thing. Use fear and appearances to make them think IT can’t be stopped and IT would win the battle. Each of the losers gets separated, Mike being the only one to not have any weird visions, but Bill showing his resolve by not being affected by his. As all the losers get back to the center cave it leads to quite honestly the funniest moment I found in the movie. Richie is going off on Pennywise, who in turn quickly turns his deadlights onto him, but maybe I’m just a bit morbid. Eddie ends up saving him by wounding Pennywise, but an angry Pennywise stabs him and kills him, a move that ultimately leads to the losers rallying and making him small, by believing him to be small, and crushing its heart together, thus ending the ritual in favor of the losers.

The movie closes on a letter from Stan explaining that if he hadn’t killed himself, they would have failed and all died because he was too scared, and shows Ben and Bev together on his boat. Not a horrible ending, but not great either. On the whole the movie was pretty decent, but not at all scary. While it was a little long, it was enjoyable for what it was, and was a good conclusion for the movies.

I rate this one a good 7 out of 10 embers, and unlike Pennywise, it won’t be snuffed out by the dark so easily.