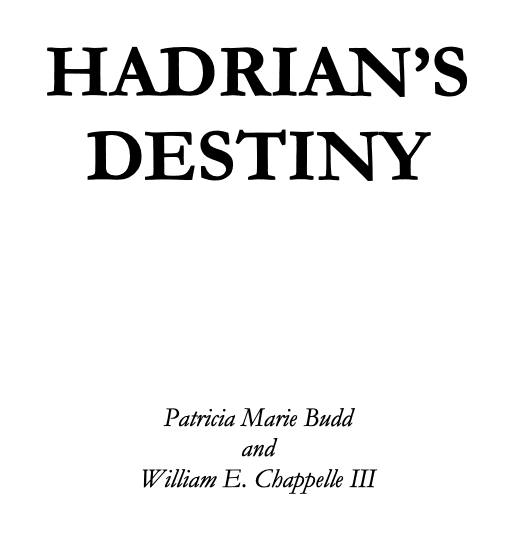 We the people of Hadrian, having witnessed numerous acts of violence committed against humanity, in particular, the LGBT community, in the name of culture; patriotism and faith do declare our intent to build a nation truly free for all humanity. No one culture, no one race, no one gender identity, no one sexual identity shall supersede another. We uphold the belief that all of humanity is created equal and that every human being has the right to freedom, the pursuit of happiness and the acquisition of commerce. Every human being has the freedom to love and be loved; every individual the right to be educated and be free to pursue personal passions.

It is evident through current, and past events that the lives of LGBT citizens are placed at risk across the globe. Every day somewhere on this planet, a gay man or Transgender woman is murdered. Cruel example of corrective rape forced upon our Lesbian sisters continues to this day. Even our children are attacked by hatred and violence. Many countries still support the idea of conversion therapy. Even in countries where the practice is illegal, illicit camps under the guise of ‘bible camp’ still commit psychological harm against our LGBT youth. That suicide continues to plague the LGBT community is due to the continual use of hate speech, sadly protected by religious freedom acts. Thus, the founders of Hadrian are determined to provide a safe secure environment, both loving and accepting, for LGBT citizens across the globe. Indeed, Hadrian opens its arms to all persecuted individuals. We call out to you to join us in creating a country based on genuine democratic freedom.

As well as recognizing every human’s rights, citizens who elect to join Hadrian’s population acknowledge a responsibility to the whole. Recognition of how one’s actions impact others as well as be willing to offer necessary aid to one’s fellow citizens in need are key components to a healthy societal environment.

Furthermore, we the people of Hadrian are Eco-warriors. Our sources of energy will not come from fossil fuels. We will release 0 carbon into the environment. Solar power, wind energy, urine operated generators, geothermal heating and the like shall keep our vehicles running and our homes warm. Pesticides are strictly forbidden, and all foods grown and consumed in Hadrian will be 100% organic.

Human population augments abuse of the environment and a glutinous need for fossil fuels. The greater numbers of humanity add to the destruction of the rain forests as we desperately destroy what is so desperately needed, our planet’s lungs, so we can grow more crops and raise more cattle. In this, Hadrian refuses to participate. We will put a stopper on human population growth, limiting Hadrian to a maximum of ten million. Every citizen will be provided with the opportunity to utilize in vitro fertilization to help our country build and maintain a stable population.

Our doors are open. Application for citizenship can be made at any one of Hadrian’s newly formed Embassies in your country’s capital city. For those in lands that have refused Hadrian’s presence based on bigotry towards the LGBT community, we call on you to do whatever you can to escape the clutches of an environment detrimental to your very being. If you are able to cross your borders and make it safely to one of our embassies your behest to join us will be given top priority. Let Hadrian be your new home, a home of acceptance and prosperity.

Disclaimer: These excerpts are raw writing. Professional editing will come at a time when I can afford such. This novel will not be self-published until it has undergone a minimum of three professional content editing sessions followed by a similar amount of copy editing. It may be years before I can afford such services, so please, enjoy the raw aspect of this novel.

Also, please be aware that I will not be posting pieces in chronological order. Instead, every post is to be considered an excerpt of what will make up the final piece.