HomeMoviesThe HappyTime Murders critics entertainment, but not mine?
Movies 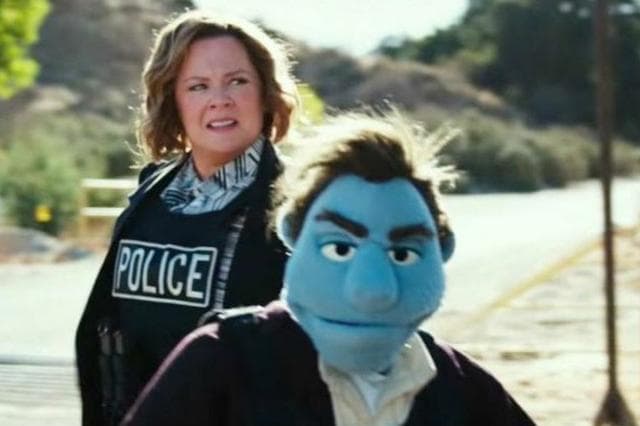 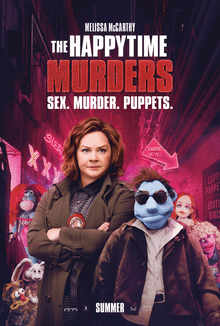 The HappyTime Murders… Boy that was a weird one. I would NOT recommend it to just anyone that is for sure. Now before you turn away from this, I am by NO means saying this is a bad movie, far from it, i actually really enjoyed it. It is however not a comedy for everyone, and NOT for kids. This review will have a few bad words in it, so be prepared, but ill keep this review PG-13 as best i can, so lets start!

The Happytime Murders is a 2018 American black comedy crime film directed by Brian Henson, son of famous puppeteers Jim and Jane Henson, and written by Todd Berger, a young director, screenwriter, and actor, who got his start by writing the TV movie ‘chasing Christmas’. The film stars Melissa McCarthy as Detective Connie Edwards, Maya Rudolph as Bubbles the secretary, Joel McHale as agent assholeimean Agent Campbell, Elizabeth Banks as Jenny from the Happytime gang, and Bill Barretta as Phil Phillips, our main character, a puppet, and private eye. The movie has been in production since September 2017, but was announced by the Jim Henson Company in 2008. While it received unfavorable reviews from critics, i believe it is worth a watch, as it isn’t a film to send some sort of message about race or anything in spite of that overtone, its just a comedy thats supposed to be messed up.

The movie starts off with 5 gods damned, 16 second long logos, EACH. Now, that kind of kills a movie at the start, more so when one just, HOLDS on the logo, nothing special, just. 16 seconds of it staring at you. But beyond that, the ACTUAL movie starts off with a bit of narration, as the movie is set like a private eye movie, focusing around a puppet main character who was a former cop. The downside to this refreshing return to an older style of movies, is it is very cliche, P.I talks about the state of things, the opening of this one being how puppets are basically treated like, well, puppets, not real living things, which i guess sort of sets up the world of the movie. Hes driving along, goes to his office, is greeted by a beautiful yet ditsy secretary, who is in love with her boss, and a hot woman inside of office itself waiting for him. So you can kind of tell how the movie is going to go from there without me going into details.

You can tell who the bad guy is by looking at the clues, even going and getting a motive, but the movie also doesn’t just say “hey I’m the one doing it, its me its me”. Even by the end you can see that they did a good job of both hiding it, and leaving it to us to try and figure out who’s behind the murders and why, nothing and no one is really wasted as a character.

The character dynamic leaves a lot to be desired at times, but for a movie, and with what they give you, it kind of works in the end as you don’t come away feeling like you watched two people who hate each other suddenly start a family and are madly in love, they give some backstory and some reasoning behind their hate, and sort of resolves so they do at least tolerate each other. With the time they had for the movie, which was less than two hours, they did a good job, even if you feel it somehow could have been better here or there. The jokes most of the time were really good, i laughed quite a bit because the delivery was amazing, there were however times a joke may have gone on too long, but in one instance i think it worked in the jokes favor.

Now, i praised it enough, the bad about this movie is, well, the clicheness of it all. It is a P.I movie, so its going to have those troupes. There’s also the fact that, for some, its a puppet movie that’s raunchy and dark, and they will just see the characters and be pissed off their kids ended up seeing two puppets fucking for a good minute.

In the end, it was a good movie though, with plenty of laughs, lots of puppet murder, very little CGI, as all the puppets were 100% real puppets, and a pretty happy ending. Id love to go into more detail, but there would be plenty of spoilers if i did, and I’m keeping THIS spoiler free.

I give this movie 7 embers out of 10, its a fire waiting to ignite!

You can check out my last review to IT: part 1 here, and look forward to my next review of the spider man game that is being released on the 7th of September, 2018(it’ll take a bit for this, gotta get in deep with the game so i can give a good review and this review is going to be heavy on spoilers)

.Please note all images and media within this article are the property of Hensen alternative, The Jim Henson company, STX Entertainment, Wikipedia, and/or the various sources from which they were taken this website and the author of this article claim no ownership of any kind except to the reviews written works. This review is for educational and informational purposes only