HomeMoviesIs 'IT' A Waste Of Time?
Movies 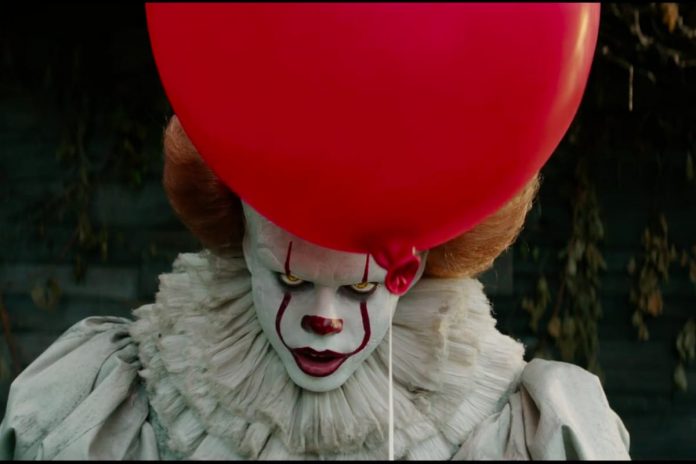 This is review is sponsored by ITL, but it is still, a Totally honest review.

Going into this movie, i will say i had mixed feelings, both because of the reviews i’ve seen online being mixed, and mixed reviews from friends. Now i try not to let this alter my point of view, but i am only human. I went into this not knowing what to expect, was it going to be scary? Was it going to be better than the Mini-series with Tim Curry? Will i be able to play the Stephen King drinking game when it comes out on home theater and not drink myself to death? Well, as long as you are okay with some spoilers to a movie, based off a book, which had a TV mini-series, ill tell you down below.

IN CASE YOU DIDN’T READ THE FIRST PARAGRAPH, SORT OF SPOILER WARNING, YOU HAVE BEEN WARNED(and there may be ‘foul language’ so. yeah, been warned about that too)

Im going to start off, by saying i can understand why people found it scary. People in the theater were screaming while i was watching it, however, i laughed. During the scenes that were actually a little scary, i found amusing, because they would ruin it with adding in Pennywise. The movie was also kind of poorly paced. There were good parts sure, parts that could have had a few more moments added into it, and parts that didnt need to be there. It would switch between them getting scared by Pennywise the dancing McGuffin, to bonding and hanging out, getting to know the new members of their group, without really getting all expositiony, though it does kinda happen when they introduce Ben.

The movie actually does a decent job of showing you the Losers bonding without explaining too much. You know the original four are friends just because how they interact with each other and they are hanging out from the start. You can get how the new members become friends because they don’t really treat them differently. I feel it would have been better, if they had gotten through most of that before the main cast was being terrorized by the entity the way they were, because it would still have showed their struggle with the adults. But still, you could feel why they felt the way they did about things, even the bully, you could kind of understand why he was doing it, even if it wasn’t right, bullying never is, and more so to the degree he was doing it.

They also did a better job of establishing the town and removing some of the normal tropes in the SK writing. In the miniseries you get to see the kids point of view as flashbacks, instead of just showing it then switching to them being adults, 27 years later, which is what the movie is doing by making it two parts. In the mini-series as well, they try to explain how the whole town being in on it because an old man ignored Beverly being bullied. The movie however uses two clear instances to show it, the old lady witnessing Gerogie getting attacked, and doing nothing, as well as the car driving by slowly while Ben is getting a big H carved into his stomach, and then showing the trademark red balloon in the back. You COULD try to say that bill’s father getting mad at him for trying to find his brother is one, but i think its more a grieving parent who cant properly handle his death.

Lets move on to the entity itself. IT, or Pennywise The Dancing Clown. In the mini-series, i felt he wasn’t that scary, but he had humor to him which didn’t make him awful, the movie one however was creepy but not in the way you want to have, when your main characters are all children, at least during when he talked to them most of the time as a clown. It’s when he is taking the form of a monster that he becomes scary. The practical effects were amazing, but the CGI was sub-par, though for some scenes and monsters, it worked. Personally the library scene was the most scary part of the movie, despite me not feeling scared. When Ben follows the burnt, smoking eggs down away from people, he encounters the burnt, headless body of a child. Its collecting the eggs Ben didn’t pick up, and drops them, and starts chasing him, the CGI wasn’t that noticeable. It was actually well done, but it got ruined by the fucking clown. I mean, we know all the main cast is going to survive, but once the clown shows up, the scenes feel ruined to me. When Pennywise is involved, the CG is just too much. When he attacks Gerogie, his teeth come out, and he severs his arm, it looked so fake when he headbutted the drain. Maybe their plan was to make him feel out of place, but it just looks like bad CGI.

There are other instances too, and i don’t know if it was meant to be ‘otherworldly’ or if it was meant to be weird, but it happened when Beth wakes up in his home after being taken, you get to see his ‘stage’, aside from the people floating(which looks pretty good), you get the backdrop to him, and you can tell its not real, and when he dances, it felt so out of place and odd, and just didn’t work. However i believe it was looking at his real body, with the clown as an avatar, but that is something ill talk about in another review, when the next movie is out, as i cant be sure.

The ending was kind of satisfying for what we got, while we know hes going to come back, and there is going to be another movie, the way they dealt with him was well done. It showed the kids overcoming their fears with how they brutalized him(don’t forget, he is a monster/alien(if you read the books) and has been killing people, SO ITS OKAY), and it felt better than the mini-series. The “battery acid” inhaler, and a slingshot with silver both were kind of silly. They didn’t have the ritual of Chüd(apparently pronounced ‘chad’) that was what originally enabled them to hurt him, but it still felt much more impressive and more about those kids overcoming their fears.

All in all, it felt true to the source, leaving out just enough to be a decent movie, and keeping enough in that you can tell it was a Stephen King movie and play the drinking game!. It wasnt horrible, it wasnt great, it wasnt scary to me, but i can understand why people thought it was. Check it out for yourself, just try not to compare it to the mini-series.

All in all, id give it a 6.5 Embers out of 10. The Embers are ready to become fire, maybe part two can turn into a real blaze?
Check out the trailer for yourself right here below!